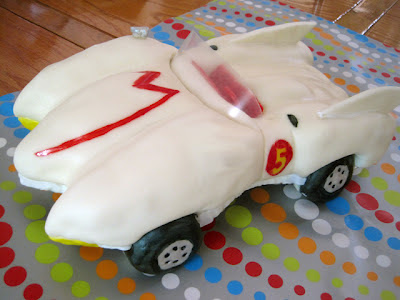 Years ago, when I met my husband online, his screen name was GoSpeedRacerGo - or something like that (he had a zero or two in there instead of the "O"). When I asked him to send me a picture of himself, he sent me this: 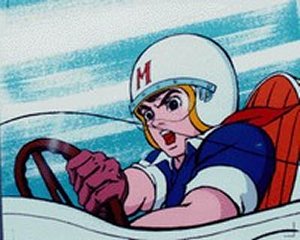 Clearly, he didn't want me to believe he was anything more than a cartoon character. Still, I pushed and wound up with a real photograph. At least he didn't tell me he was Yoda. I might have run in the other direction without bothering to ask for that second picture.

Here we are, 13 years later. He still loves Speed Racer and (probably most especially) the Mach 5. It was time I made him a cake that paid tribute to that love.

I ran across a tutorial on instructables.com for a Mach 5 cake and KNEW it would be the next project. I'm not going to go through the entire tutorial here. You can follow the link directly to it.  I'll just touch on some of the details I went through in making the Mach 5.

The tutorial didn't have a template. I could tell from one of the tutorial pictures that the cake was approximately 7" x 14". Since I didn't have cake boards large enough (and I was cutting up regular cardboard to use instead), I sized it down to 7" x 12". This would also work for my 13"x9" cake pan.

Cut out your 7" x 12" rectangle from corrugated cardboard (or cake board) and draw on a grid of 1" blocks. 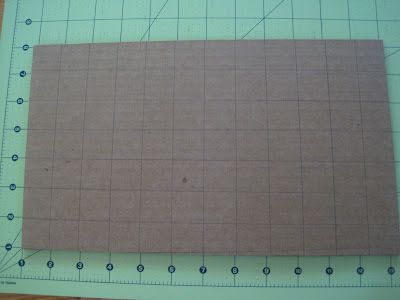 Sketch put the design similar to the image below: 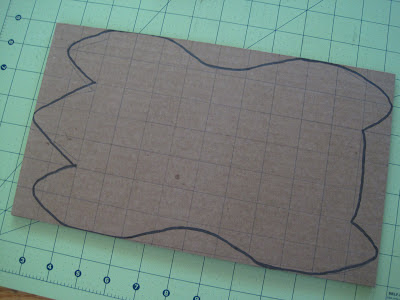 Cut out the shape (I discovered I could get a better cut edge by using a craft knife instead of scissors). Don't worry about getting it perfect. This thing is going to be covered by foil and cake and icing and fondant... 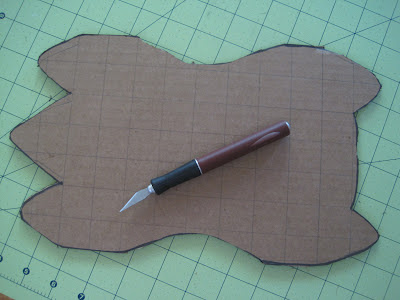 The pillars for the cake board were created and attached just as shown in the tutorial. 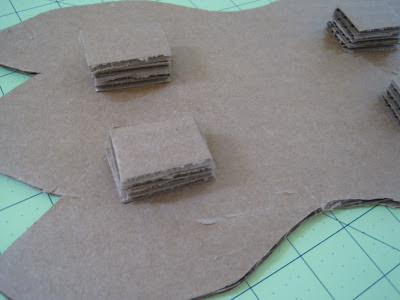 I also used the cake batter mentioned in the tutorial - a WASC (White Almond Sour Cream) Cake that starts with a box mix. I decided to use it because it is supposed to be great for carving and this cake was going to need a LOT of carving. You can find the recipe on Cake Central. 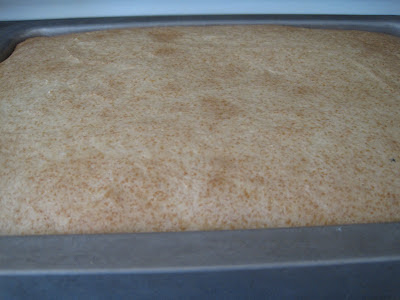 I used floss to cut the cake into three layers then iced between the layers.  Then I chilled it and cut the basic shape out using the cardboard base template. 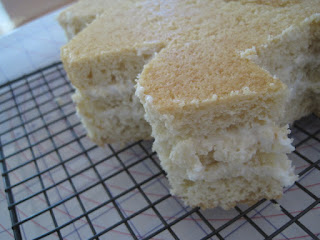 I wasn't sure how much icing I would need, so I bought 3 containers of white. I didn't want to bother with buttercream since the house is SO HOT this time of year...and no AC. I used about 2 1/2 containers of icing. 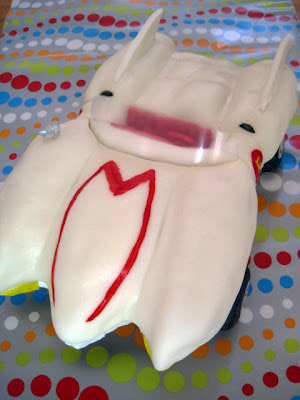