Tia has a thing for unicorns this year. Unicorn this and unicorn that. "Find a story about unicorns!" Guess what...she wanted a UNICORN CAKE! So she got one... 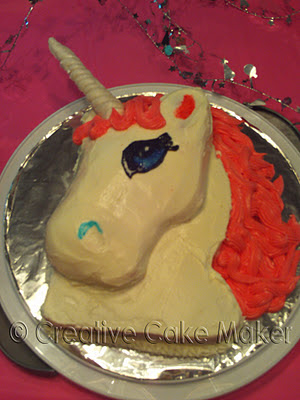 I knew I didn't want to end up with a unicorn with a non-existent muzzle like the Prancing Pony Cake, but I needn't have worried. I found inspiration in the party decor! 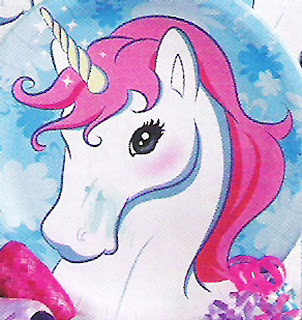 I scanned the catalog page, enlarged it, and used the picture as a template for cutting out the unicorn's head. 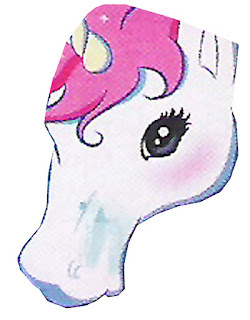 The unicorn cake is a 2 layer cake carved from a single 9x13 cake (I used Pillsbury white cake mix). This could also be turned into a horse cake - simply leave off the horn!